Skip to content
Ride-hailing giant Uber is moving quickly to downplay the impact from a devastating security breach that included the theft of employee credentials, access to the HackerOne bug bounty dashboard and data from an internal invoicing tool. In a note published Monday, Uber confirmed that an external contractor had their account compromised by an attacker who…

Ride-hailing giant Uber is moving quickly to downplay the impact from a devastating security breach that included the theft of employee credentials, access to the HackerOne bug bounty dashboard and data from an internal invoicing tool.

In a note published Monday, Uber confirmed that an external contractor had their account compromised by an attacker who used that access to elevate permissions on Google GSuite and the Slack communications platforms.

“First and foremost, we’ve not seen that the attacker accessed the production (i.e. public-facing) systems that power our apps; any user accounts; or the databases we use to store sensitive user information, like credit card numbers, user bank account info, or trip history. We also encrypt credit card information and personal health data, offering a further layer of protection.

The company said the attacker successfully downloaded internal Slack messages and data from an internal tool our finance team uses to manage some invoices. “We are currently analyzing those downloads,” Uber said.

“Throughout, we were able to keep all of our public-facing Uber, Uber Eats, and Uber Freight services operational and running smoothly. Because we took down some internal tools, customer support operations were minimally impacted and are now back to normal.”

[ READ: The Chaos (and Cost) of the Lapsus$ Hacking Carnage ]

Uber said it believes the  attacker purchased the contractor’s Uber corporate password on the dark web, after the contractor’s personal device had been infected with malware, exposing those credentials.

From there, the attacker accessed several other employee accounts which ultimately gave the attacker elevated permissions to a number of tools, including G-Suite and Slack,” Uber explained.

The attacker then posted a message to a company-wide Slack channel, which many of you saw, and reconfigured Uber’s OpenDNS to display a graphic image to employees on some internal sites.

The company said it believes the notorious Lapsus$ hacking gang is behind the compromise.

Related: Twilio, Cloudflare Attacked in Campaign That Hit Over 130 Organizations 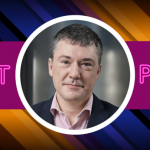