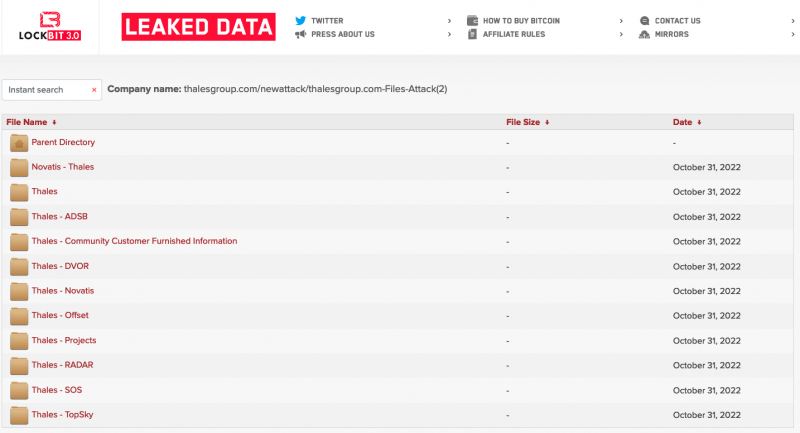 French aerospace, defense, and security giant Thales claims to have found no evidence of its IT systems getting breached after a well-known ransomware group published gigabytes of data allegedly stolen from the company. The cybercrime group LockBit last week published a 9.5 Gb archive file apparently containing information belonging to Thales. The malicious hackers previously…

French aerospace, defense, and security giant Thales claims to have found no evidence of its IT systems getting breached after a well-known ransomware group published gigabytes of data allegedly stolen from the company.

The leaked files seem to include both technical and corporate documents. The hackers claim to have obtained highly sensitive information related to the company’s operations, as well as “commercial documents, accounting files, customer files, drawings of clients structures, [and] softwares”.

Thales did confirm that a breach had occurred, just not of its own systems. Its security experts are aware of two likely sources of the theft. One of them has been confirmed to be the user account of a partner on a dedicated collaboration portal, which resulted in the disclosure of “a limited amount of information”.

“Thales reiterates that, as of now, there is no impact on the Group’s operations,” the company said. “Thales is working closely with its partner and is providing all of the necessary technical support and resources to minimise any potential impact to concerned customers and stakeholders.”

French publication LeMonde reported that the leaked data is related to Thales contracts and partnerships in Malaysia and Italy.

The LockBit gang recently also announced targeting car parts giant Continental. The company announced being targeted in a cyberattack in August, but it only recently came to light that the ransomware group was behind the intrusion.

The cybercriminals claim to have stolen 40Gb of files and they are offering to sell it for $50 million after negotiations with Continental apparently failed.

LockBit is one of the most active ransomware operations, leaking data from hundreds of organizations since its launch in 2019.

Authorities last week announced that a Russian national living in Canada had been arrested for his alleged role in LockBit ransomware attacks. The suspect was described as an “operator”, but he may actually be an affiliate and his arrest will likely not cause too much disruption to the LockBit enterprise.

Related: Vulnerability in Thales Product Could Expose Millions of IoT Devices to Attacks 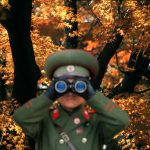