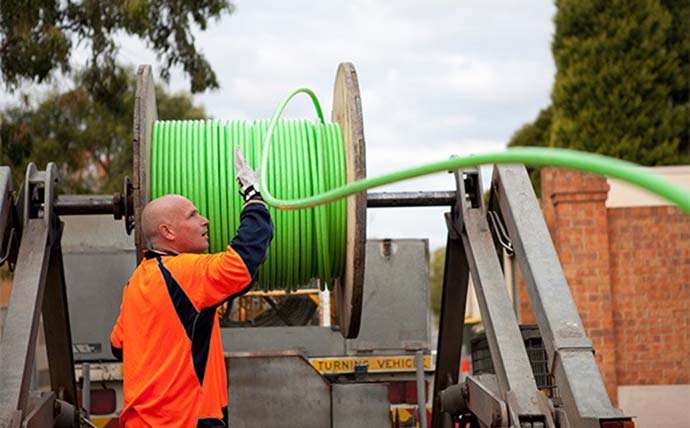 Optus is unable to run fibre through an NBN Co conduit attached to a bridge in Gympie without the specific consent of the bridge’s owner, the Queensland state government, according to a majority ruling by the Full Federal Court. The telco has been in a long-running battle over installation of the cables, which it argued…

Optus is unable to run fibre through an NBN Co conduit attached to a bridge in Gympie without the specific consent of the bridge’s owner, the Queensland state government, according to a majority ruling by the Full Federal Court.

The telco has been in a long-running battle over installation of the cables, which it argued constituted a form of “maintenance” of an existing facility under telecommunications law.

Such a determination avoided the need for Optus to seek specific land access permission from the state.

It had previously secured favourable rulings from the Telecommunications Industry Ombudsman (TIO) and the Federal Court in 2021.

However, the state government appealed to the Full Federal Court, where two of the three Justices agreed that Optus needed explicit permission from the state to install cables in the NBN conduit.

“Optus has the consent of NBN Co to insert the proposed new Optus cables into the conduits. It has no consent from the state as the owner of the Kidd Bridge,” Justices Besanko and Middleton wrote.

“The state objected to what was proposed by Optus. Accompanying the objection was a draft licence agreement, which if executed would have permitted Optus to have installed the fibre optic cables on the Kidd Bridge.

“The main purpose of the licence agreement was so that Optus would accept bearing the cost of any relocation of its cables when roadworks requirements necessitated their movement.

“The practical effect of Optus’ installation would be that the Kidd Bridge would be burdened with an extra tranche of cables and so the State would have to pay Optus, as owner of the cables, in the event of relocation necessitated because of roadworks.”

The two Justices said it was a “mischaracterisation” by Optus “to conclude that a second carrier installing its own cable in the facility of another carrier is to, within its ordinary meaning, ‘maintain’ that other carrier’s facility.”

“One does not normally maintain another’s assets unless one is for instance authorised to do so by and on behalf of that person,” they wrote.

“In this case, it is clear that Optus’ proposed facility is not a form of ‘maintenance’ of the original facility.”

The majority ruling is that nothing, other than a license agreement, otherwise impedes Optus from running the cables through the conduit.

“It is now merely a matter of Optus complying with any relevant state law and getting the permission of the owner of the Kidd Bridge (the state) to access the land on which NBN Co’s original facility lies,” Justices Besanko and Middleton wrote.

“The permission or consent of the landowner may be conditioned on the execution of an access or licence agreement, as here with the state.”

Dissenting reasons from Justice Rangiah were also published, which concluded the appeal should be dismissed.

Optus, the TIO and the state government must now agree to the form of orders, reflecting the Full Federal Court’s majority decision.