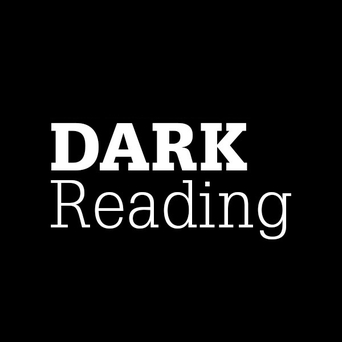 Opus, the first holistic solution for managing and orchestrating cloud security response and remediation processes, was founded by experienced security professionals, Meny Har, CEO and Or Gabay, CTO, who were part of the founding team and leadership of SOAR pioneer Siemplify (acquired by Google). Customers expressed an acute need for a new security orchestration platform that can empower cloud security teams to reap the value of automation, gain control and lead remediation efforts across the entire organizational cloud environment using best practices and proven methodologies that can be implemented instantly, cutting down the time from detection to mitigation and conserving valuable resources.

“Organizations should not have to prioritize security over business continuity, and already strained SecOps teams are ill-equipped to handle the nuanced decisions demanded of them,” said Dan Plastina, former Head of Security Services at AWS. “Opus’ founders have built a platform that cloud-native security leadership demands — maximizing cloud security automation while retaining and enhancing business benefits.”

In recent years, revolutionary cloud security solutions created a higher level of visibility into potential threats. With more findings and more visibility, security operations had to expand from detection and response, and venture into risk reduction. This expansion and the shift-left mindset necessitated the involvement of a growing number of stakeholders across the organization, including security teams, DevOps/application teams and business owners.

Lacking comprehensive tools, built-in automation, or streamlined processes to remediate risk, security teams are left with manual, time-consuming processes and no clear understanding of who owns this risk, who can mitigate it, when automation is “safe” and how they should delegate tasks accordingly, leaving numerous gaps unresolved.

“When it comes to cloud response and remediation, we’re still stuck with ad-hoc techniques developed on the fly,” said Srinath Kuruvadi, Head of Cloud Security at Netflix. “There is a huge opportunity to bring context-aware standardization to cloud automation that appeals to SecOps and DevOps teams, with precise risk reduction metrics. Opus’ founders have the right skills and an extensive background in SOAR-like technologies to tackle this important space.”

Aware of the concerning challenges and skill gaps in cloud security, Opus is set to transform the way response and remediation are done in the cloud. Opus has built a singular, overarching platform that connects existing cloud and security tools and relevant stakeholders, and orchestrates the entire response and remediation process across all organizational environments based on tried-and-tested, easily deployed guidelines and playbooks. Leveraging automation to the highest degree, Opus knows when sensitive issues demand human involvement and allows automation to resolve the rest. With instant visibility and mapping of remediation metrics, Opus removes blind spots and provides security and business executives with immediate and tangible insights into the state of their risk.

“The massive transition to the cloud has created a need for a new and different type of security orchestration platform, one that minimizes organizational risk and excels at leveraging the countless automation opportunities in the cloud,” said Meny Har, co-founder and CEO of Opus. “The growing number of stakeholders that are now an inherent part of the security operations process should be connected and working together to reduce risk.”

“The proliferation of cloud-focused security solutions has dramatically raised organizational awareness to the scope of their risk surface,” said John Brennan, Senior Partner at YL Ventures. “While visibility in the cloud has greatly improved, customers now express the need for a dedicated solution to address the drastically increasing number of alerts. I cannot imagine a better convergence of an expert team solving a market-wide problem that they understand intimately. Meny and Or have leveraged their unique experience at Siemplify to build the industry’s first cloud-native remediation orchestration and automation platform.”

For more information on how to reimagine your remediation efforts in the cloud, go to opus.security.

“The shift-left trend has necessitated a revised approach to remediation,” said Gerhard Eschelbeck, former CISO at Google. “Organizations need to bridge skill and resource gaps and create an orchestrated, automated alignment process across all teams. Traditional manual tasks and friction between teams result in heightened risk and jeopardize business continuity.”

Opus is a singular, overarching Cloud Security Orchestration and Remediation platform, transforming the way remediation is conducted in the cloud. Opus empowers cloud security teams to see beyond alerts and threats and gain control, knowledge, and capabilities to resolve them. Opus integrates with existing security tools and orchestrates the entire remediation process across all stakeholders and organizational environments, based on tried-and-tested, easily deployed guidelines and playbooks. Leveraging selective automation, Opus knows when sensitive issues demand human involvement and allows automation to resolve the rest, cutting down the time from detection to mitigation and conserving valuable resources. Finally, Opus provides security and business executives with immediate and tangible insights based on remediation metrics, with comprehensive visibility into the state of their risk. For more information on how to reimagine your remediation in the cloud, visit opus.security.