Skip to content
Threat intelligence firm Cyjax has uncovered a long-standing and sophisticated cybercrime campaign spoofing more than 400 popular brands. Orchestrated by a Chinese threat actor tracked as ‘Fangxiao’, the campaign has been ongoing for roughly five years, with more than 42,000 unique domains identified to date. Likely financially motivated, the threat actor behind the campaign is…

Orchestrated by a Chinese threat actor tracked as ‘Fangxiao’, the campaign has been ongoing for roughly five years, with more than 42,000 unique domains identified to date.

“Promised financial or physical incentives are used to trick victims into further spreading the campaign via WhatsApp. Once victims are psychologically invested in the phish, they are redirected through a series of sites owned by advertising agencies, earning Fangxiao money. Victims end up in a wide range of suspicious destinations, from Android malware to fake gift card imposter scams,” Cyjax explains.

To stay anonymous, the attackers hide their infrastructure behind CloudFlare, while also rapidly changing domain names. In October, the group was observed using over 300 new domains during one day alone.

As part of the campaign, a fake survey site served to the victim contains a copyright statement at the bottom, as well as a timer, creating a sense of urgency and pressuring the victim.

After completing the survey, the victim is told they have won a prize and is instructed to share the survey with others on WhatsApp, to claim that prize. Once that has happened, the victim is encouraged to click on a button that downloads an application, which they need to install and leave open for 30 seconds.

The final page of the chain also displays ads served by an advertising company called ylliX, which is controlled by Advertica. ylliX has negative online reviews and is marked as suspicious by Google.

“Clicking on these ads redirects users through multiple domains in quick succession. The redirect destination depends on both the location and user-agent of the browser,” Cyjax says.

Although they do not appear to be controlled by Fangxiao, these domains still serve a nefarious purpose, as the user might end up being served scams or malware.

In some instances, the Fangxiao-controlled domains redirect users to phishing sites, direct them to Android malware, or suspicious iOS applications.

Since March 2022, the cybercrime group has used over 24,000 landing and survey domains. An analysis of these websites has led Cyjax to the conclusion that the threat actor behind them is of Chinese origin.

“We assess that Fangxiao is a China-based threat actor likely motivated by profit. The operators are experienced in running these kinds of imposter campaigns, willing to be dynamic to achieve their objectives, and technically and logistically capable of scaling to expand their business,” Cyjax concludes. 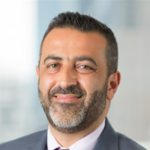 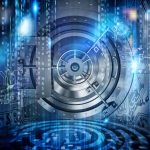