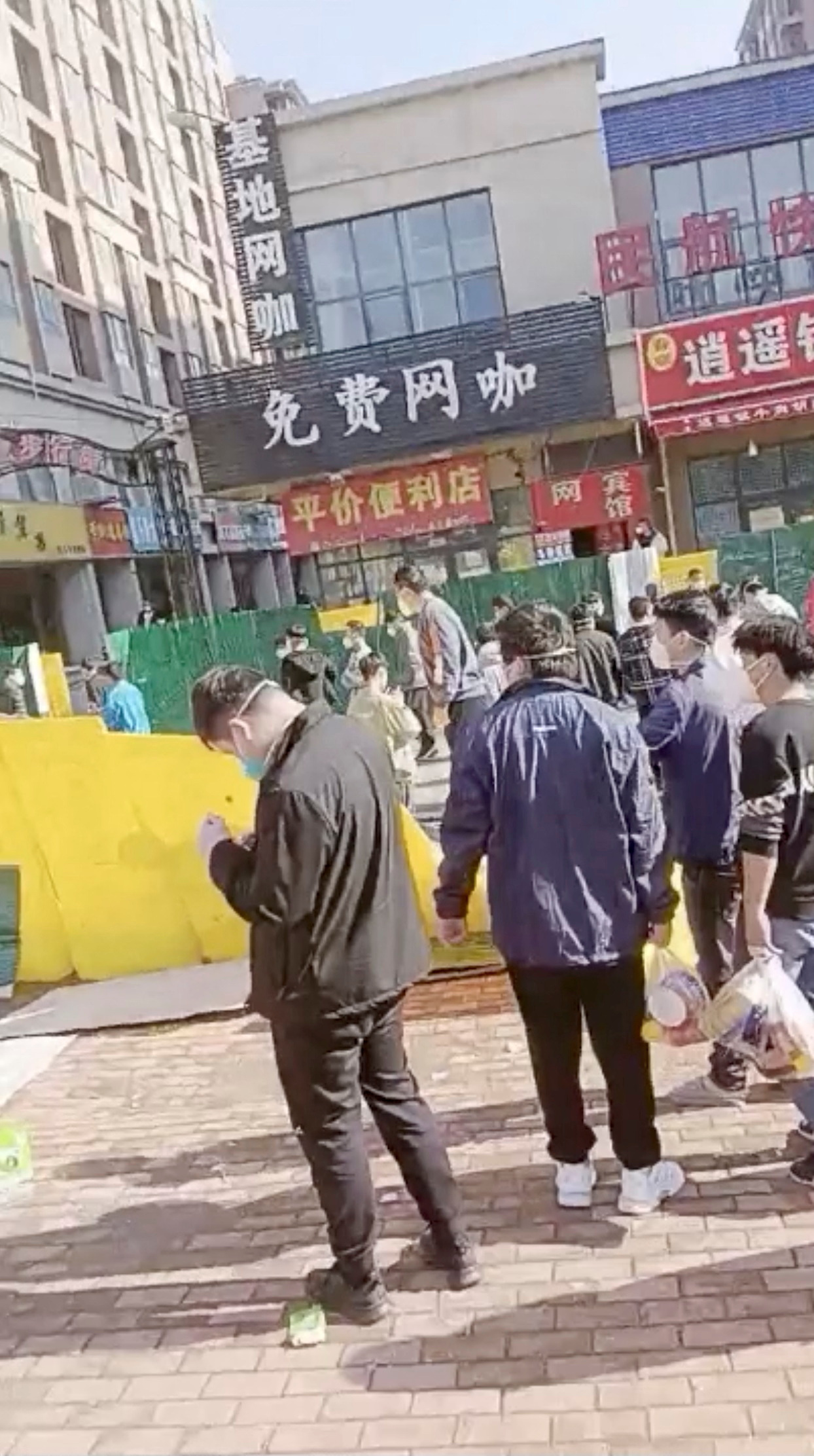 Hundreds of workers joined protests at Foxconn's flagship iPhone plant in China, with some men smashing surveillance cameras and windows, footage uploaded on social media showed. The rare scenes of open dissent in China mark an escalation of unrest at the massive factory in Zhengzhou city that has come to symbolise a dangerous build-up in…

The rare scenes of open dissent in China mark an escalation of unrest at the massive factory in Zhengzhou city that has come to symbolise a dangerous build-up in frustration with the country’s ultra-harsh Covid-19 rules, as well as inept handling of the situation by the world’s largest contract manufacturer.

The trigger for the protests, which began early on Wednesday, appeared to be a plan to delay bonus payments, many of the demonstrators said on livestream feeds. The videos could not be immediately verified by Reuters.

“Give us our pay!”, chanted workers who were surrounded by people in full hazmat suits, some carrying batons, according to footage from one video. Other footage showed tear gas being deployed and workers taking down quarantine barriers.

Some workers had complained they were forced to share dormitories with colleagues who had tested positive for Covid-19.

Foxconn said in a statement it had fulfilled its payment contracts and that reports of infected staff living on campus with new recruits were “untrue.”

“Regarding any violence, the company will continue to communicate with employees and the government to prevent similar incidents from happening again,” the company added.

A source familiar with the situation in Zhengzhou said production at the plant was unaffected by the worker unrest and output remained “normal”.

Reuters has previously reported that Foxconn aimed to resume full production at the Zhengzhou iPhone plant by the second half of November.

While the latest unrest has added “uncertainties” to the target, the source said the company was still working hard to hit it, adding that “only a portion” of the new recruits took part in the unrest.

A second source familiar with the matter, however, said Foxconn was unlikely to hit the target, pointing to disruptions triggered by the unrest, impacting particularly new recruits who were hired to bridge the gap in the workforce.

“Originally, we were trying to see if the new recruits could go online by the end of November. But with the unrest, it’s certain that we can’t resume normal production by the month-end.”

Discontent over strict quarantine rules, the company’s inability to stamp out outbreaks and poor conditions including shortages of food had caused workers to flee the factory campus since the Apple Inc supplier imposed a so-called closed loop system at the world’s biggest iPhone plant in late October.

Under closed-loop operations, staff live and work on site, isolated from the wider world.

Former workers have estimated that thousands fled the factory campus. Before the unrest, the Zhengzhou plant employed some 200,000 people.

To retain staff and lure more workers Foxconn has had to offer bonuses and higher salaries.

Local authorities also stepped in to help, with some urging retired soldiers and government workers to take on stints, according to local media reports.

The first source said that the eagerness of local authorities to recruit workers may have played a role in causing “miscommunication” with the new hires on issues including allowance and accommodation.

The Zhengzhou government did not immediately respond to a faxed request for comment.

In the videos, workers vented about how they were never sure if they would get meals while in quarantine or over inadequate curbs to contain an outbreak.

“It’s now evident that closed-loop production in Foxconn only helps in preventing Covid from spreading to the city, but does nothing (if not make it even worse) for the workers in the factory,” Aiden Chau of China Labour Bulletin, a Hong Kong-based advocacy group, said in an email.

As of Wednesday afternoon, most of the footage on Kuaishou, a social media platform where Reuters reviewed many of the videos, had been taken down.

Kuaishou did not respond to a request for comment.

The protest images come at a time when investors are concerned about escalating global supply-chain issues, due in part to China’s zero-Covid policies that aim to stamp out every outbreak.

The curbs and discontent have hit production. Reuters last month reported that iPhone output at the Zhengzhou factory could slump by as much as 30 percent in November due to the restrictions.

Foxconn is Apple’s biggest iPhone maker, accounting for 70 percent of iPhone shipments globally. It makes most of the phones at the Zhengzhou plant, though it has other smaller production sites in India and southern China.