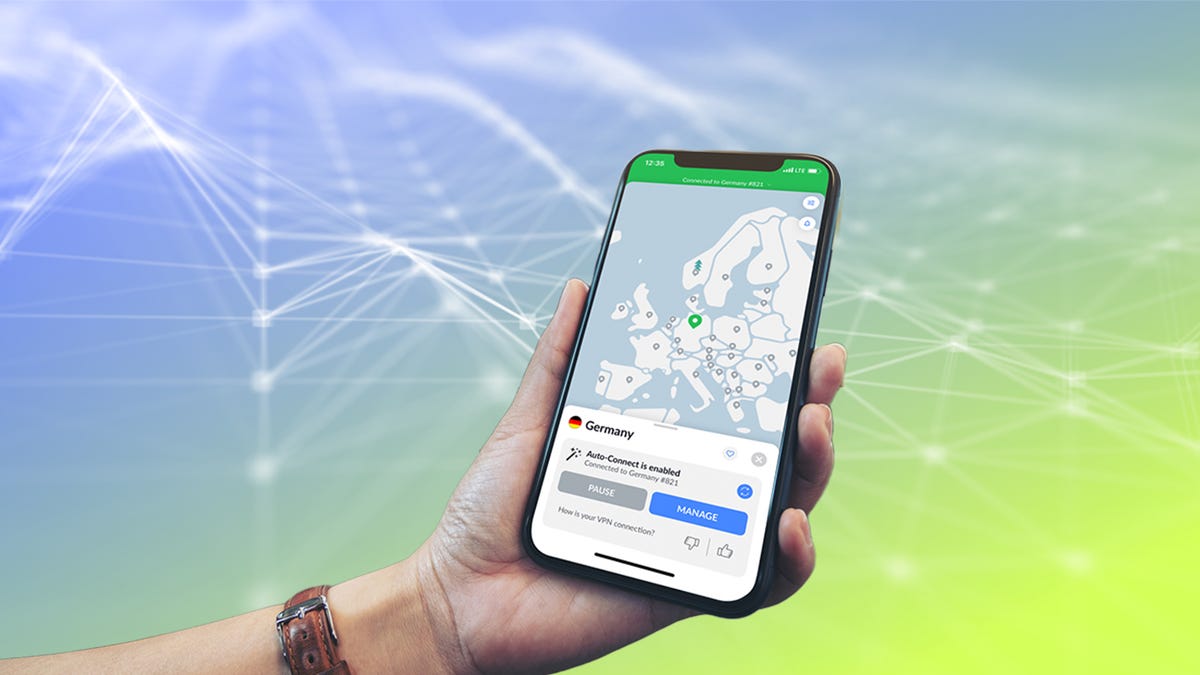 NordVPNThese days, cybersecurity is something everyone needs to think about, not just governments and big corporations.The good news is, you can use a few basic tools to defend yourself and become a less desirable target to hackers. Antivirus software can help protect you from viruses and other types of malware. But antivirus programs typically only secure your…

These days, cybersecurity is something everyone needs to think about, not just governments and big corporations.

The good news is, you can use a few basic tools to defend yourself and become a less desirable target to hackers. Antivirus software can help protect you from viruses and other types of malware. But antivirus programs typically only secure your physical devices. To create a secure connection and safeguard your internet activity, you’ll need a VPN to protect the information you’re sending to and from your device.

Even Apple devices, which generally have fewer issues with malware, aren’t 100% safe. So, setting up a VPN on your iPhone is important if you want to keep your personal information from being stolen.

A VPN is an important tool used to encrypt your internet connection and maintain your online privacy.

But VPNs are also useful for other tasks outside of protecting your internet traffic and data from prying eyes. You can use a VPN to unblock geo-restricted sites and streaming services, or to securely upload or download files.

Let’s take a look at what a VPN is, how to find the right VPN service for you, and how to set a VPN up on your iPhone.

Also: Which VPN should you use on iPhone and iPad, and is there a free option?

What is a VPN and how does it work?

A VPN, or virtual private network, is a tool that can be used to improve your internet security and privacy. It works by creating an encrypted tunnel for your internet traffic and obscuring information that could identify you, like your IP address. This makes it more difficult for others to track your browsing habits or see your personal information.

A VPN service encrypts your data and securely routes it through a VPN server on the way to its final destination.

This gives you a level of security and anonymity because your internet provider and the sites you’re accessing won’t be able to track you or determine your location.

Why you need a VPN for your iPhone

A VPN can be used, first and foremost, to protect your sensitive data, especially when you’re connecting to public Wi-Fi networks. If you regularly work from coffee shops or need to connect to free Wi-Fi networks at airports, then you’ll want a good VPN to protect yourself during your travels.

In addition to providing an extra level of security, VPNs are also essential tools for accessing geo-restricted content. In the most extreme cases, VPNs can be used to bypass censorship imposed by authoritarian governments and maintain a free flow of information.

However, it’s more likely that you’ll want a VPN to unblock location-restricted streaming services or sporting events. VPNs are also popular for P2P file sharing or torrenting because they can hide your activity from your internet service provider.

Also: Using a VPN to torrent is a no-brainer and legal gray area, so which is best?

How to choose a VPN service

Not all VPNs are created equal. The level of features, usefulness, security, and service varies greatly from one company to the next.

A good place to start is to figure out why you want a VPN for your iPhone and test our services to see which one best meets your needs and fits your budget. Most of the best VPNs have money-back guarantee periods of 30 days or more.

There are free VPNs, but in most cases, you’ll want to avoid these services. A free VPN will often have severe data or performance restrictions and fewer features than a paid service. And that’s the best-case scenario.

Free VPNs could make money by selling your data or bombarding you with ads. And even free services with good intentions may not have the resources to maintain high levels of security and service.

Also: What are the cheapest VPNs that actually still work and protect your data?

It’s a good idea to shop around, read reviews, and test out the features. To ensure you find a VPN that works for you, here are some factors to consider:

Also: How the top VPNs compare

How to set up and use a VPN on your iPhone

Setting up and using a VPN on an iPhone or other iOS device is generally a quick and easy process. The following steps show how to set up a VPN with the NordVPN app, but you’ll follow very similar steps to set up just about any VPN on your iPhone.

Open the App Store and search for the VPN you want to use, then select Install.

If you don’t have an account, then you’ll need to create one.

I suggest finding the best deal for the VPN service you want before creating your account. Sometimes, the prices or subscription plan options change based on whether you’re signing up through mobile or on desktop. I’ve found that the cheapest long-term plans aren’t always available when you sign up through the mobile app.

Also: VPN deals that actually save you money

Allow or don’t allow notifications from the app. Now your VPN should be ready to connect and protect your iPhone’s connection.

Finalize your setup by allowing the app to add VPN configurations.

You can search through a list of NordVPN’s server locations or choose a location from a map display. Once you’ve found the server location you want to connect to, just tap on the location or hit the Quick Connect button.

Once a connection is established you’ll see Pause and Disconnect buttons for the location. If you want to change your VPN protocol or other VPN settings, you may have to turn off the VPN connection. Then, you can establish a new encrypted connection with one of the other VPN protocols available to you.

How to manually configure a VPN and iOS devices

Installing a VPN provider’s native iOS app is the most straightforward way to get a VPN up and running without having to access any iPhone settings. However, there are rare instances where you may need to manually configure a VPN, such as when you’re running an older version of an operating system that isn’t supported by your VPN’s native app.

A manual configuration is more complicated and once it’s set up, you typically won’t have access to the features available with a VPN app — even switching the server you’re connected to isn’t easy. So, unless you’re tech-savvy, you’ll be better off using a VPN with native app support for your operating system.

If you need to manually configure your VPN, you should be able to find detailed guides for the specific VPN and operating system you’re working with. Here are a few VPN installation guides for multiple protocols with a handful of the best VPN providers:

If you’re looking to secure your iPhone’s internet data and keep your information private, then you should consider installing a VPN on your iPhone. A VPN can also hide your location and unblock geo-restricted content, which also makes it a useful tool for streaming and P2P file sharing.

Most VPNs give you a month or more to try out the service and receive a full refund if you’re not satisfied. So it’s easy to try out a VPN and see if it’s a good fit for you. If you’re not sure where to start, check out our list of the best VPNs for iOS devices.