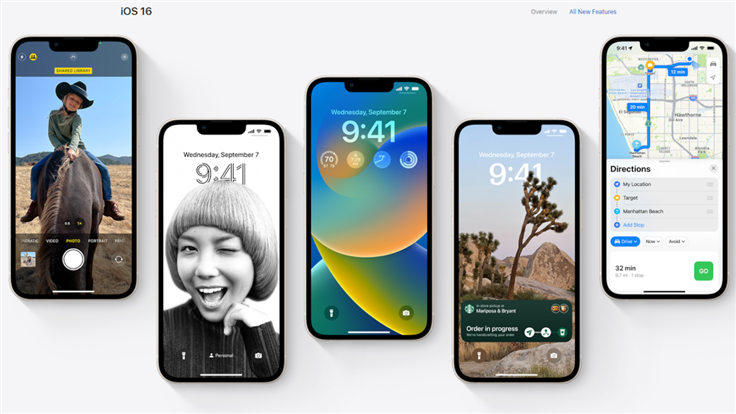 iOS 16 has landed and it comes with a lot of features to strengthen a user's account security and privacy. We've taken a look. On Monday, September 12, Apple released iOS 16, which included a host of new security and privacy features. Let's look at what these are—and some quality-of-life (QoL) changes.  Lockdown Mode As Macrumors calls it,…

iOS 16 has landed and it comes with a lot of features to strengthen a user’s account security and privacy. We’ve taken a look.

On Monday, September 12, Apple released iOS 16, which included a host of new security and privacy features.

Let’s look at what these are—and some quality-of-life (QoL) changes.

As Macrumors calls it, Lockdown Mode is an “extreme” security setting ideal for those who regularly find themselves in the crosshairs of online risk and targeted sophisticated cyberattacks: Activists, journalists, and government officials.

Although this mode was made with a small fraction of iPhone users in mind, anyone can enable and use it.

Lockdown Mode disables and “strictly” limits many iPhone features when enabled, which requires restarting the device and entering a passcode. This mode blocks (among others) messages with attachments, FaceTime calls from people with whom you have no call history, and wired connection with other devices if the iPhone is locked.

As we mentioned earlier this week, passkeys are a “password killer” and are used instead of passwords to sign in to a website or app. It may seem complicated if you dig into the details, but in practice it may be as simple as using Face ID or Touch ID.

Passkeys aim to help protect users from phishing attacks, malware, and other campaigns designed to steal accounts or unlawfully gain access to them.

Copying and pasting from the clipboard now requires explicit permission from the user. Apps are now forced to get consent the same way as when they ask for access to the phone’s camera, microphone, and other sensitive data.

Here’s another handy feature that makes users aware of all the Wi-Fi networks they have previously connected to so they can properly disconnect or forget that connection, even when they’re not in range of the network anymore. Users can also view details about these networks.

Not only that, if iCloud Keychain is enabled on all your Apple devices, users will also see a listing of Wi-Fi hotspots those devices have connected to in the past. This listing is under Known Networks, which you can navigate to from Settings > Wi-Fi > Edit.

It’s important to clear out old Wi-Fi hotspot connections so your device won’t auto-connect to them in the future, especially if a hotspot owner still uses the same insecure password.

Wow, it’s frightening to see the networks in this list. So many generic hotel and airport networks that I never remembered to “forget” while still connected, and my phone would have happily tried to join any network with the same name.

Thanks, @Apple, for adding this! pic.twitter.com/txLtHfroDZ

Software updates are essential. With so many exploits, one cannot afford to leave software unpatched. Apple has made it easier for iPhone users to apply security updates without updating the entire OS. This will also make the download of those updates quicker.

Users have the option to turn this feature on or off.

Safety Check is a new feature under Settings. Once again, this was built with ease and functionality in mind. If users want to reset all data and location access granted to apps and other people, they can do so with Safety Check.

This feature is not just for general privacy reasons, but also aimed people in complicated and abusive relationships, especially those with violent partners. A “Quick Exit” button also takes the user to the iPhone’s Home screen in case they don’t want to be caught using the Safety Check feature.

Safety Check has two options: Emergency Reset and Manage Sharing & Access. The former will instantly freeze information sharing with people and apps with one tap. It’ll also remove all emergency contacts and reset your Apple account (ID and password).

The latter—Manage Sharing & Access—gives you a birds-eye view of what data you’re sharing with whom and with what apps. If you think someone is secretly tracking or monitoring you, you go here to check. The user can cherry-pick what data they want to share with who or if they want to completely stop sharing with this person(s) or app(s).

Face ID is a staple on iOS, but some Apple fans may find it a tad annoying to use it only in portrait orientation. This is no longer the case for those using iPhone 13 and above. They can now use Face ID in either portrait or landscape orientation after updating to iOS 16.

Overall, it appears Apple has attempted to cover as much ground as possible. Some new features, unrelated to security or privacy, like Live Captions, are aimed at deaf and hard-of-hearing users.

You can read more about iOS 16’s new features on this page.