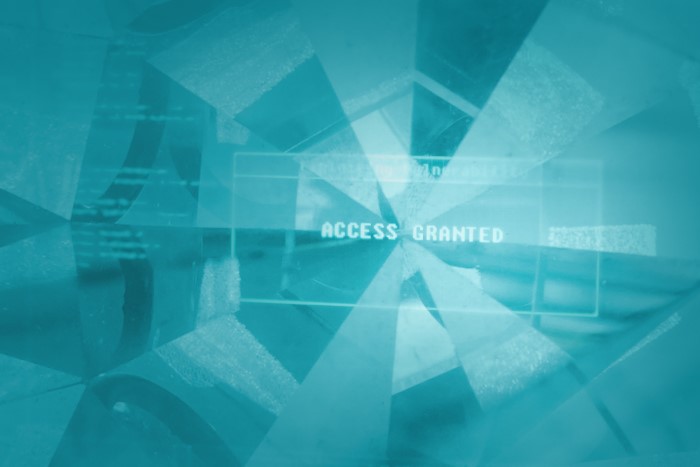 ESET researchers discovered a new wiper and its execution tool, both attributed to the Agrius APT group, while analyzing a supply-chain attack abusing an Israeli software developer. The group is known for its destructive operations.

In February 2022, Agrius began targeting Israeli HR and IT consulting firms, and users of an Israeli software suite used in the diamond industry. We believe that Agrius operators conducted a supply-chain attack abusing the Israeli software developer to deploy their new wiper, Fantasy, and a new lateral movement and Fantasy execution tool, Sandals.

The Fantasy wiper is built on the foundations of the previously reported Apostle wiper but does not attempt to masquerade as ransomware, as Apostle originally did. Instead, it goes right to work wiping data. Victims were observed in South Africa – where reconnaissance began several weeks before Fantasy was deployed – Israel, and Hong Kong.

Key points of this blogpost:

Agrius is a newer Iran-aligned group targeting victims in Israel and the United Arab Emirates since 2020. The group initially deployed a wiper, Apostle, disguised as ransomware, but later modified Apostle into fully fledged ransomware. Agrius exploits known vulnerabilities in internet-facing applications to install webshells, then conducts internal reconnaissance before moving laterally and then deploying its malicious payloads.

On February 20th, 2022 at an organization in the diamond industry in South Africa, Agrius deployed credential harvesting tools, probably in preparation for this campaign. Then, on March 12th, 2022, Agrius launched the wiping attack by deploying Fantasy and Sandals, first to the victim in South Africa and then to victims in Israel and lastly to a victim in Hong Kong.

Victims in Israel include an IT support services company, a diamond wholesaler, and an HR consulting firm. South African victims are from a single organization in the diamond industry, with the Hong Kong victim being a jeweler.

The campaign lasted less than three hours and within that timeframe ESET customers were already protected with detections identifying Fantasy as a wiper, and blocking its execution. We observed the software developer pushing out clean updates within a matter of hours of the attack. We reached out to the software developer to notify them about a potential compromise, but our enquiries went unanswered.

The first tools deployed by Agrius operators to victim systems, through means unknown, were:

Usernames, passwords, and hostnames collected by these tools are required for Sandals to successfully spread and execute the Fantasy wiper. Agrius operators deployed MiniDump and SecretsDump to this campaign’s first victim on February 20th, 2022, but waited until March 12th, 2022 to deploy Host2IP, Fantasy, and Sandals (consecutively).

Sandals is a 32-bit Windows executable written in C#/.NET. We chose the name because Sandals is an anagram of some of the command line arguments it accepts. It is used to connect to systems in the same network via SMB, to write a batch file to disk that executes the Fantasy wiper, and then run that batch file via PsExec with this command line string:

The PsExec options have the following meanings:

Sandals does not write the Fantasy wiper to remote systems. We believe that the Fantasy wiper is deployed via a supply-chain attack using the software developer’s software update mechanism. This assessment is based on several factors:

Additionally, we believe the victims were already using PsExec, and Agrius operators chose to use PsExec to blend into typical administrative activity on the victims’ machines, and for ease of batch file execution. Table 1 lists the command line arguments accepted by Sandals.

Table 1. Sandals arguments and their descriptions

The batch file written to disk by Sandals is named

The base64 string that follows fantasy35.exe is likely a relic of the execution requirements of Apostle (more details in the Attribution to Agrius section). However, the Fantasy wiper only looks for an argument of 411 and ignores all other runtime input (see the next section for more information).

The Fantasy wiper is also a 32-bit Windows executable written in C#/.NET, so named for its filenames: fantasy45.exe and fantasy35.exe, respectively. Figure 3 depicts the execution flow of the Fantasy wiper.

Initially, Fantasy creates a mutex to ensure that only one instance is running. It collects a list of fixed drives but excludes the drive where the %WINDOWS% directory exists. Then it enters a for loop iterating over the drive list to build a recursive directory listing, and uses the RNGCryptoServiceProvider.GetBytes method to create a cryptographically strong sequence of random values in a 4096-byte array. If a runtime argument of 411 is supplied to the wiper, the for loop overwrites the contents of every file with the aforementioned byte array using a nested while loop. Otherwise, the for loop only overwrites files with a file extension listed in the Appendix.

and then deletes the file. This is presumably done to make recovery and forensic analysis more difficult.

During the for loop, the Fantasy wiper counts errors within the current directory when attempting to overwrite files. If the number of errors exceeds 50, it writes a batch file, %WINDOWS%Temp

Once the for loop completes, the Fantasy wiper creates a batch file in %WINDOWS%Temp called registry.bat. The batch file deletes the following registry keys:

Then it runs the following to attempt to clear file system cache memory:

Next, the Fantasy wiper clears all Windows event logs and creates another batch file, system.bat, in %WINDOWS%Temp, that recursively deletes all files on %SYSTEMDRIVE%, attempts to clear file system cache memory, and self-deletes. Then Fantasy sleeps for two minutes before overwriting the system’s Master Boot Record.

Fantasy then writes another batch file, %WINDOWS%Tempremover.bat, that deletes the Fantasy wiper from disk and then deletes itself. Then Fantasy wiper sleeps for 30 seconds before rebooting the system with reason code SHTDN_REASON_MAJOR_OTHER (0x00000000) — Other issue.

It is likely that %SYSTEMDRIVE% recovery is possible. Victims were observed to be back up and running within a matter of hours.

Much of the code base from Apostle, initially a wiper masquerading as ransomware then updated to actual ransomware, was directly copied to Fantasy and many other functions in Fantasy were only slightly modified from Apostle, a known Agrius tool. However, the overall functionality of Fantasy is that of a wiper without any attempt to masquerade as ransomware. Figure 4 shows the file deletion functions in Fantasy and Apostle, respectively. There are only a few small tweaks between the original function in Apostle and the Fantasy implementation.

Figure 5 shows that the directory listing function is almost a direct copy, with only the function variables getting a slight tweak between Apostle and Fantasy.

Finally, the GetSubDirectoryFileListRecursive function in Figure 6 is also almost an exact copy.

In addition to the code reuse, we can see remnants of the Apostle execution flow in Fantasy. In the original analysis of Apostle, SentinelOne notes that “Proper execution of the ransomware version requires supplying it with a base64 encoded argument containing an XML of an ‘RSAParameters’ object. This argument is passed on and saved as the Public Key used for the encryption process and is most likely generated on a machine owned by the threat actor.” We can see in the batch file in Figure 7, which Sandals creates on remote systems to launch Fantasy, that the same base64-encoded argument containing an XML of an RSAParameters object is passed to Fantasy at runtime. Fantasy, however, does not use this runtime argument.

Figure 7. Sandals passing to Fantasy the same RSAParameters object as was used by Apostle ransomware

Since its discovery in 2021, Agrius has been solely focused on destructive operations. To that end, Agrius operators probably executed a supply-chain attack by targeting an Israeli software company’s software updating mechanisms to deploy Fantasy, its newest wiper, to victims in Israel, Hong Kong, and South Africa. Fantasy is similar in many respects to the previous Agrius wiper, Apostle, that initially masqueraded as ransomware before being rewritten to be actual ransomware. Fantasy makes no effort to disguise itself as ransomware. Agrius operators used a new tool, Sandals, to connect remotely to systems and execute Fantasy.

For any inquiries about our research published on WeLiveSecurity, please contact us at [email protected].

This table was built using version 12 of the MITRE ATT&CK framework.