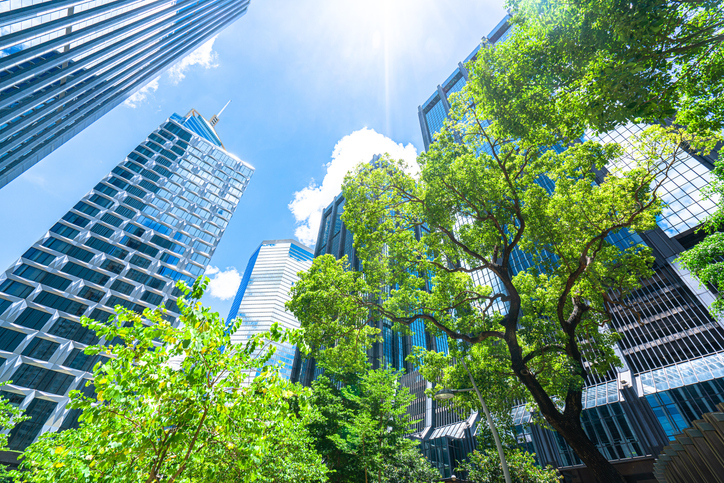 Economic challenges may be the order of the day, but Australian business leaders see climate change as a major threat to their operations. That has been brought into sharp focus by surging energy costs.   These new cost pressures are driving companies to modernise their infrastructure for efficiency. As such, many are looking to edge computing…

Economic challenges may be the order of the day, but Australian business leaders see climate change as a major threat to their operations. That has been brought into sharp focus by surging energy costs.

These new cost pressures are driving companies to modernise their infrastructure for efficiency. As such, many are looking to edge computing to ‘build back better’ by marrying sustainability and efficiency goals.

Yet the transition is proving difficult for most companies: despite paying growing attention to environment, sustainability, and governance (ESG) goals such as decarbonisation, Schneider Electric’s recent Sustainability Index 2022 – which surveyed 500 Australian decision-makers about their sustainability plans – found that the majority are struggling to get decarbonisation off the ground and see it as a long-term goal.

In fact, the majority (54 percent) do not expect to make a public commitment to ‘net zero’ operations before 2030.

It’s a rapidly changing dynamic that Schneider Electric calls Electricity 4.0, the convergence of digitalisation and electrification at scale, that is reinventing energy provision.

Technologies such as advanced automation, metering, and monitoring “enable us to see how we use our energy, driving efficiency and eliminating waste,” said Schneider Electric Pacific Zone president Gareth O’Reilly, “while adding smart devices, apps, analytics, and software enables us to deploy energy more efficiently.”

Many companies’ investments in intelligent edge systems were driven by the operational and security issues posed by the accelerated shift to remote work. However, in the longer term the ability to redistribute and decentralise data collection also creates opportunities in the context of overall sustainability.

Rather than centralising all computing and data processing in data centres, as in the past, contemporary enterprise architectures are transitioning to a decentralised model in which major sources and users of data – such as distant mining, manufacturing or other industrial facilities – are being developed as connected standalone facilities with enough local data processing and AI-enabled analytics capabilities to manage the sites autonomously.

Given the massive volumes of data being generated by operational technology (OT) environments and the sensors that monitor them, this architecture is rapidly becoming a valuable way of reducing reliance on the central data centre. It allows businesses to migrate core functions to a third-party cloud platform while moving large-scale data processing to ‘micro data centres‘ on the network edge.

Such facilities integrate enough local storage and compute power to reliably manage the data processing requirements of the entire site, with backhaul connections to the broader enterprise network that carry summary analyses, alerts, and everyday communications.

Because they are functionally separate and have lower power requirements than large-scale central data centres, micro data centres can be more easily paired with renewable energy sources, such as local solar power generation and battery storage, which makes net zero operation achievable locally.

Electricity 4.0 “is a quick win for carbon reduction, as the impact is immediate,” O’Reilly said. ”It’s far easier and better to save a unit of energy than it is to make one greener.”

The data centre industry already consumes nearly 3 percent of the world’s energy – and this is expected to increase by 28 percent by 2030 in Europe alone. For this reason, architectural reinvention has become a rallying cry for infrastructure operators around the world as they emerge from the pandemic with a remit to slash their energy consumption.

There is no lack of guidance or incentives around the need to improve efficiency, with the European Union’s Green digital sector campaign promoting sustainability backed by related regulations such as the formal Code of Conduct on Data Centre Energy Efficiency, Green Public Procurement criteria, and Ecodesign Regulation regarding servers and data storage products.

For all the guidance about how to achieve sustainability goals, however, it is new technologies such as intelligent edge strategies that will actually decrease overall power usage – with smart sensors and meters providing the real-time view of power consumption that makes Electricity 4.0 concepts so promising.

“Integrating energy and process automation empowers manufacturers to drive sustainability across the world’s most energy-intensive sites,” O’Reilly said, “while software helps to connect assets across the full lifecycle, resulting in one real-time view…. Much of this can be done now, with technologies that exist today.”